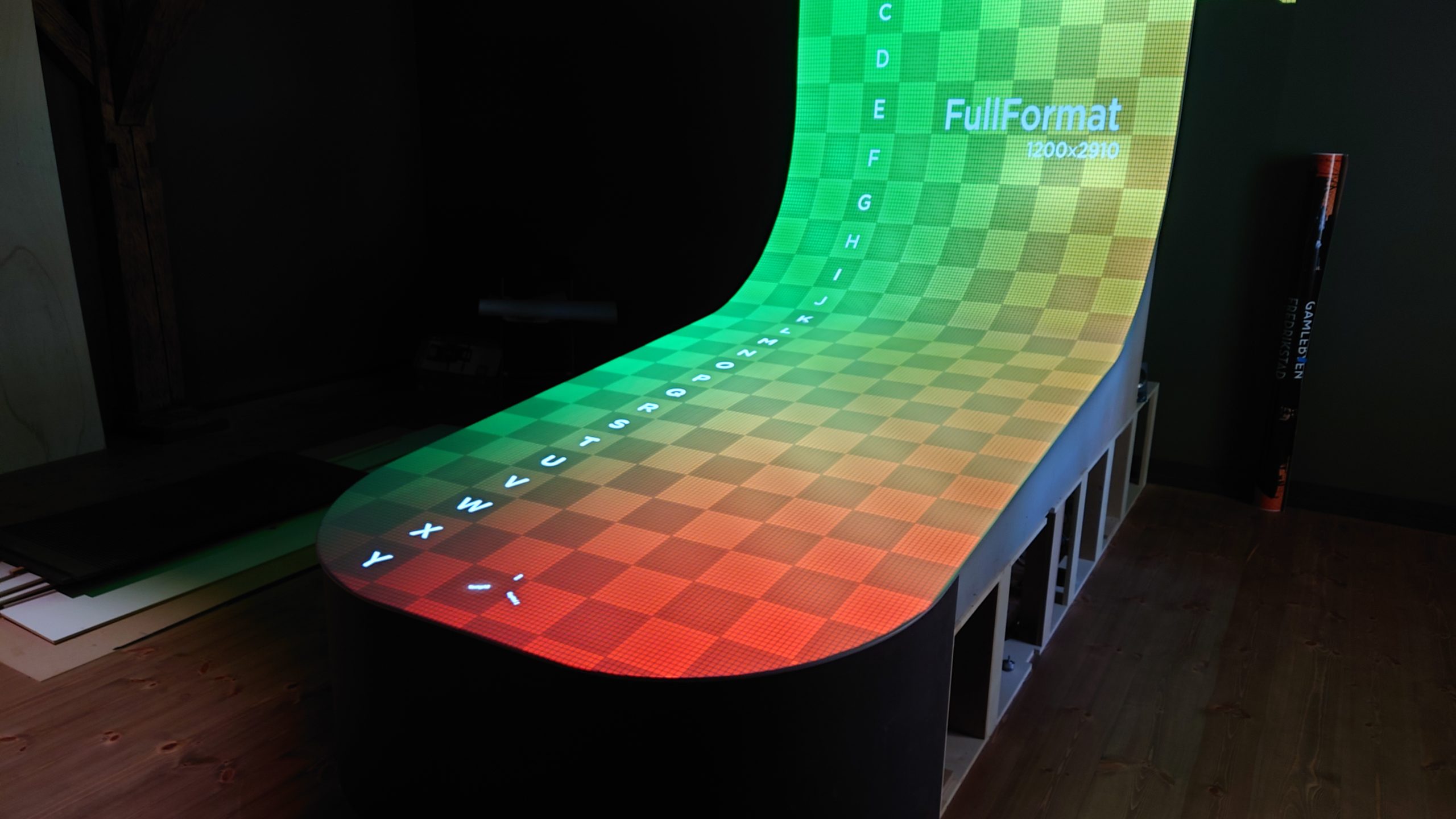 The Fredrikstad Museum has created a large, immersive video installation for the upcoming exhibition on Østfold during the war period of 1939-1945.

The first video installation titled “The First attack of the Nazi Invasion in Norway” is a project that I am currently working on. I am dedicating a significant amount of time and effort to ensure that it is completed to the highest possible standard. It is a challenging project, but I am determined to see it through to the end.

This second video installation will tell the story of Operation Polar Bear VI-E led by Inge Steensland, who was tasked with protecting the harbors of Fredrikstad and Moss on the eastern side of the Oslo harbor during World War II. Steensland and his team successfully captured 11 tugs from the two cities and sailed them to safety in Sweden.

One of the main challenges that I have faced during the development of these installations is the need to create a seamless, interactive video surface using multiple DLP video projectors. This requires me to carefully align, blend, warp, and match the colors of the projectors to create a single, cohesive image. It is a complex and time-consuming task, but I am confident that my skills and experience will enable me to achieve the desired result.

Overall, I am pleased with the progress that I have made on this project so far, and I am excited to see the final result. I am sure that the finished installation will be a powerful and moving tribute to the victims of the Nazi invasion of Norway 1940-1945.

After consulting with our IT partner, KulturIT, we decided to use Optoma zu720tst projectors for the entire show. The media servers are provided by HP, and I am using nVidia’s mosaic function to manage the overlap of the projectors.

Netron is a digital media company that focuses on creating engaging and immersive experiences through the use of storytelling, Unreal Engine, and movie-making techniques. The company is based in Fredrikstad, and has built a reputation for producing high-quality audiovisual content.

As a production partner for the exhibition, Netron will be responsible for creating the audiovisuals and animations that will be featured throughout the event. This will involve working closely with the exhibition team to understand their vision and goals, and using their expertise in digital media to bring the exhibition to life.

Netron’s experience in storytelling and immersive media will be invaluable in creating a dynamic and engaging exhibition that will captivate and educate visitors. The company is excited to be a part of the event, and is looking forward to bringing its unique perspective and creativity to the project.

Operation Polar Bear was a British and Norwegian operation by the Special Operations Executive to protect important Norwegian harbors from German demolition. This type of demolition had been used in French ports and slowed the Allied advance across North-West Europe during the autumn of 1944 (January/May 1945). The operation involved the Norwegian defense high command, the SOE, and the Free Norwegian navy, which provided the personnel, and the Royal Navy, which arranged a trip to Dieppe for the Norwegian personnel to study the German destruction. Between mid-January and May 1945, 10 Polar Bear teams were sent to Norway to defend 14 harbors from Narvik in the north to Fredrikstad in the east.

One of the teams, known as Polar Bear VI-E, was led by Inge Steensland and was tasked with protecting the harbors of Fredrikstad and Moss on the eastern side of the Oslo harbor. Steensland and his team arrived from Sweden on 23 January. The Germans had made preparations to destroy the harbor at Fredrikstad, so Steensland was given a group of 120 Milorg men to counter this threat. The team established contacts with men working in the harbor, gathered intelligence, and began training. In Moss, 100 Milorg men were also trained in harbor protection.

Early in February, Steensland and his team captured 11 tugs from Moss and Fredrikstad and sailed them to Sweden. Steensland returned to Norway in early March and continued preparations, although his men lacked weapons. He then captured a cargo boat and small tanker and arranged for them to be taken to Sweden. Steensland returned to Fredrikstad on 2 May and, after the liberation, convinced the Germans to remove their guards from the harbor by claiming to be from the Allied Commission in Oslo.

Relevant to this exhibition is the The German bunker from WWII that can be found on the outskirts of Sarpsborg’s Borgarsyssel Museum. This was part of a defense shield for the strategically important German-controlled “Sarpebrua” bridge. Borregaard’s factories, which were considered “war-important,” had to be protected and guarded as well. The bunker was built in 1942 by Norwegians forced to work in Organization Todt over the course of six months. I made a 360 interactive tour of the bunker earlier this year.