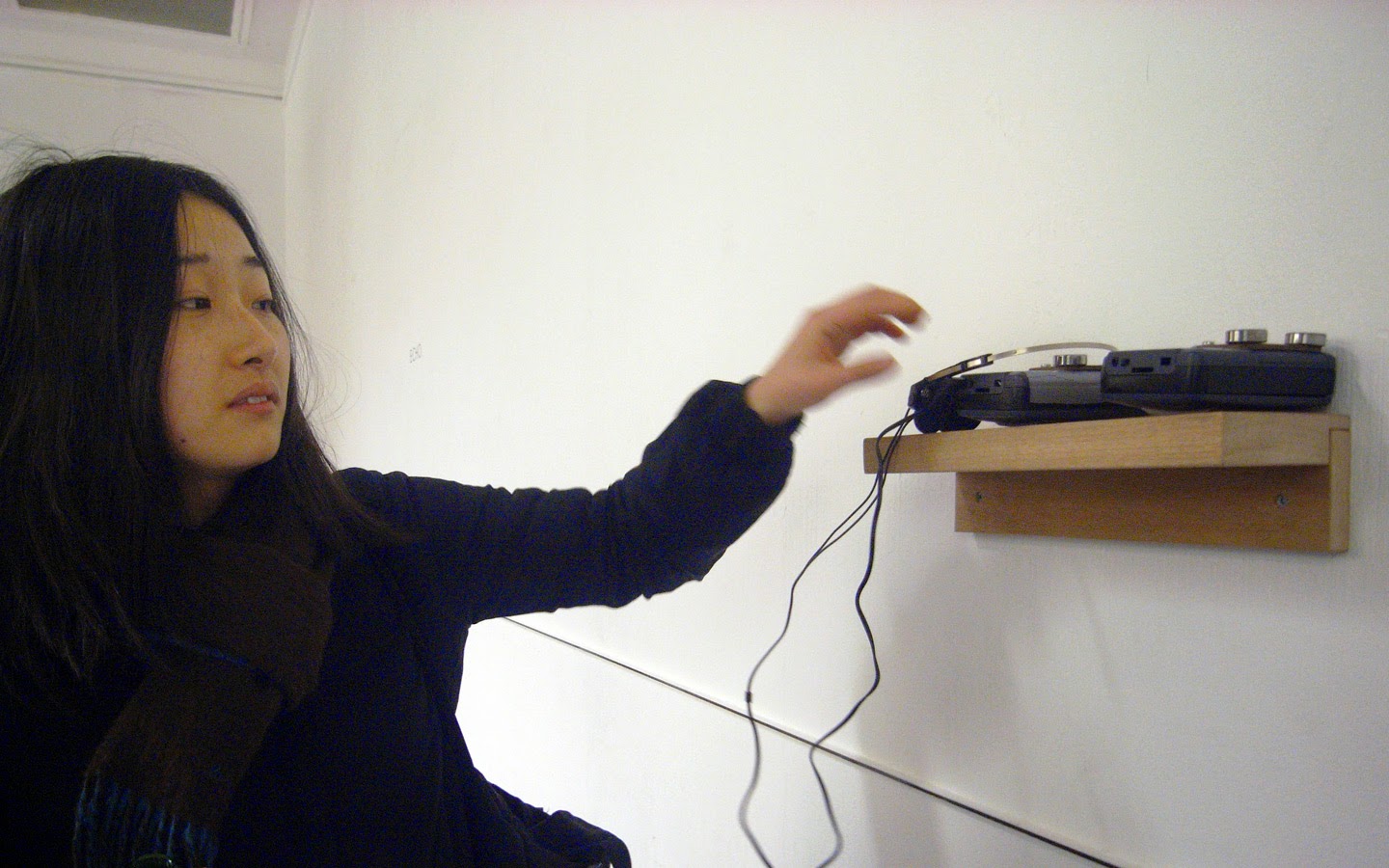 The device for spatial playback translates the temporal element in recorded sound into a spatial element. An event in a room is recorded onto a cassette, with a microphone that moves through the room alongside the walls at the same speed as at which the magnetic tape moves past the recording head. The tape is then stuck on the wall. The sound can be played back by moving the modified cassetteplayer along the tape.